Golden Rule: Every state does it completely differently! 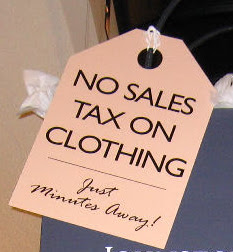 Another way of saying this:

Aside from some Constitutional restrictions including due process and the commerce clause, states pretty much are free to tax what they want and exempt what they want. And they do. Some states grant most of the typical exemptions (like non-profits, manufacturing, prescription drugs) and other states tax all that stuff.

And some states scrupulously do not tax services, whereas some states tax virtually all services.

Surprisingly then, probably because lawmakers aren't that creative, there is some consistency, generally in the form of the Golden Rules and other consistent practices, like the handing of contractors, leases, taxing only TPP, etc. But there are exceptions to even these general rules.

The message is simply this. Do not assume that any state where you're performing services, shipping to or receiving from has the same laws as the next state over. Everything is up for grabs.

A "motto" that has developed out of my seminars is, "It's different there."

wondering why you have the "golden rules" link in this blog post?...doesn't seem to go anywhere. You have an excellent blog. Any chance you'll be doing a live day-long seminar in Charlotte, NC, ever?...my email smiller@harperimage.com

Thanks for the heads up. I reorganize the labels once in a while and links break. It's been fixed.