New York came up with a creative approach last week to snagging Amazon.com and other online retailers with affiliate programs.
http://www.news.com/8301-10784_3-9934188-7.html

The gist is that affiliates an online vendor has in a state (people who they pay a commission to for referring business to the vendor's web site - Amazon.com has thousands all over the country) count as a physical presence in the state. Overstock.com actually suspended their referral program in New York because of this.

All credit to NY for coming up with an interesting approach. This should be interesting.
Posted by Jim Frazier No comments: 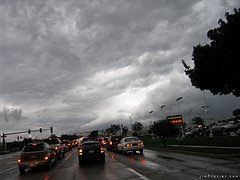 I've noticed that a few states have passed "hurricane" sales tax holidays. The idea is to allow and encourage residents to stock up on this kind of stuff before the need actually arrives. This seems like an eminently acceptable idea and, for what it's worth, the Sales Tax Guy encourages it. So call your governor and tell him or her that the Sales Tax Guy thinks this is an A plus idea.

Do I have to tell my customer they owe use tax 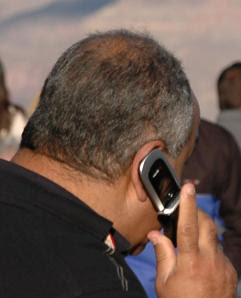 "Do you know of any states where the seller, even if they don't have nexus for sales and use tax, must inform the buyer that the buyer is responsible for use tax?"

The short answer is no. But that wouldn't be very interesting.

First of all, I've not researched this in every state, but generally, if you don't have nexus for sales and use tax in a state, you don't have any responsibilities to that state for SUT. Having said that, most sales agreements have, as boilerplate, language that says that the buyer is responsible for all taxes. I don't think it's required, it just crosses some t's and dots some i's.

By the way, people tend to think this boilerplate gets the responsibility off of the seller's back to collect the tax. It doesn't. It merely serves as notification to the buyer that they have to pay the seller the sales or use tax and/or they have to pay use tax. It doesn't mean, "We won't be collecting tax, even though the law says we must. It's your problem." A seller can't avoid the law by writing something into a contract. If they could, just think of the possibilities! "But officer, I have a contract with my customer that says I have to get the stuff to him by 4pm. It's 3:45 and he's 20 miles away. So that allows me to exceed the speed limit, right?"

Keep in mind a couple of other issues:

1. You may have nexus, the buyer knows it, and they are bugging you to charge tax to make it easier for them. You don't think you have nexus. But are you sure? Have you reviewed the law in that state to see if you have nexus. If you think you must have a permanent presence, you're wrong. Other factors, like sales reps visiting more than a few times a year, will probably do it. And since your customer is seeing those reps, they have a legitimate question.

2. Even though you really don't have nexus, if your customer is big enough to push you around, they may force you to register in the state to collect tax from them.

3. Drop ships. Say you're the middleman, having someone drop ship products to your customers for you. Your shippers may want to collect the tax from you, even though you're buying "for resale." That's because of what I like to call the "nutty drop ship law." Depending on the laws in the destination state, they have be required to do so, even though you have no nexus in the state.

Bottom line: I don't believe you have to notify a customer that they're responsible for taxes if you don't collect them. But it seems like a good idea. And just because you think you don't have nexus doesn't mean you don't have anything to worry about.

Email ThisBlogThis!Share to TwitterShare to FacebookShare to Pinterest
Labels: Nexus 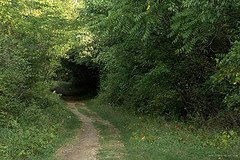 I've been hearing a lot about shortcuts this week in my seminars. People are being told to use "shortcuts" or "rules of thumb" to deal with difficult and complex issues. Here are a few that come to mind as I write this:

- The tax applies based on where the property "lands" - where it will eventually be used.

These aren't terribly accurate. But people swear by them.

Rules of thumb or shortcuts may or may not be useful. But the thing to remember is that they are, at best, approximations of a difficult and complex issue. If you use them, recognize them for what they are: shortcuts. It's best to look at what the law actually says. That means bulletins, statutes, regulations, etc. Not shortcuts.

And remember, shortcuts can be muddy and slippery.

How's that for a cool metaphor?