Golden Rule: Use Tax is Imposed Even if You've Already Paid Sales/Use Tax 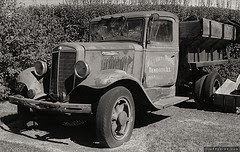 Generally, use tax is imposed on the storage, use or consumption of tangible personal property (TPP) in ANY state where it is used.

In other words, if you purchase an item in Pennsylvania for $100,000 where the tax rate is 6% and then bring it to, say, Tennessee, where the rate is, say, 9%, then you will owe Tennessee additional use tax because you're using the TPP in Tennessee. Even though you've already paid Pennsylvania!!!

But, don't panic. There are lots of exceptions (and gotchas):

1. You'll get credit for the taxes you've already paid to Pennsylvania. So, you'd only owe Tennessee 3% (the difference between 9% and 6%) or, using the above example, $3000. So it's not double taxation (which I know you were thinking); it's just catching up to the use tax rate in the state where you're using the TPP.

The gotcha is that some states may restrict the credit they give in these ways:
2. This rule doesn't apply to your household and personal property. So if you're planning a cross country road trip, don't worry about your $2000 camera.

3. Most states do not apply the rule against property that has been sent into their state to be repaired, fabricated or otherwise worked on by a local vendor, and then sent back out of the state.

4. While the default basis for the tax calculation would be the original invoice price of the item, many states will base the additional use tax on some adjusted value, usually fair market value when the property enters the state. For example, if you brought that $100,000 machine to Tennessee, they would base the additional 3% on the original invoice cost of $100,000, even if you've been using it for 5 years. But if you had brought it to Louisiana, the basis would be whatever the fair market value of the machine was when you brought it into the state. So, if the machine was only worth $20,000, then you would owe Louisiana (assuming their rate was also 9%) 3% of $20,000 which would be $600. Much better than $3,000.

Every state does this differently, and sometimes it's hard to find that basis. The default is the item's original invoice price...you have to look for the exception. Disclaimer: I didn't find an exception in Tennessee. If you know of one, please let me know (with a citation). I did find the exception in Louisiana.

5. Some states are very nice and simply say that, if you've used the TPP for more than, say, six months outside of the state, then they don't impose an additional use tax. Or they'll use the fair market value as opposed to the original purchase price. Either way, much better.

6. Some states have exemptions for commercial use in the state for certain types of activities, like sports such as horse and car racing.

7. Here's a gotcha. That TPP that you bought and used in Pennsylvania may not have had any tax imposed on it at all because it was exempt in Pennsylvania. But that same item is fully taxable in Tennessee. So you will wind up paying the full 9% ($9,000) use tax! Watch out for exemptions that exist in the origin state that don't exist in the destination state.

7. Some states have exemptions for property that comes into the state for the sole purpose of being stored, with no intervening use, and then shipped out of the state. So if you've brought TPP into Louisiana, for example, that was simply stored to be shipped out of state, and so labeled (that is the specific requirement in Louisiana), then they would not impose use tax.

8. Finally, TPP that is simply in-transit through a state can't be taxed - the Constitution's commerce clause.