Part of a series on essential actions you need to take


Obviously, the whole point of use tax is that you owe it if the vendor didn't charge it (in most states). But, don't automatically do it in one situation: if the vendor and the buyer are in the same state - an intrastate sale.*

In that situation, it's worth a phone call to the vendor asking why they didn't charge tax. If the purchase came from out of state, then the likely reason for the failure to charge tax would be that the vendor hasn't got nexus, or doesn't realize they have nexus, or has chosen not to register in the state. Just go ahead and pay the use tax. But if the vendor is in the same state as the buyer, then they are obviously supposed to charge tax. So why didn't they charge you tax?

It could be that they screwed up, and you do in fact owe tax. But you may not owe tax if the purchase really wasn't taxable. It's reasonable to expect that the vendor of something is more likely to know how to tax what he sells than the buyer. It's definitely not guaranteed, but they should know more. So ask them.

There was a woman in Johnson City, Tennessee who was accruing taxes on repair labor when the vendor failed to charge tax, which was frequently. I asked her what state this was for, since Johnson City is really close to Virginia. She said it was for her Virginia plant. I pointed out to her that repair labor isn't taxable in Virginia. She was dumbfounded. "You're kidding, right?" She had been accruing taxes for years on something that wasn't taxable. While repair labor is taxable in Tennessee, it was being performed and delivered in Virginia where it wasn't taxable. If she had simply made a phone call to the vendor and asked why they had not charged tax, she would have found out...years ago; and tens of thousands of dollars ago.

The other possibility, that will save you money, is that the vendor is absorbing the tax. In other words, they're burying the tax in the "price" of the goods. This is often done because the vendor finds it easier to do this than to try to explain to the customer why they have to charge tax.

I had a guy in Texas who charged his customers tax on repair labor, which is the correct thing to do in Texas. But because the invoices were paid out of the home office in Illinois (where labor is not taxable) the AP department kept short-paying the invoices for the tax on the labor. They were mistakenly thinking in terms of Illinois rules. Obviously they had not been to my seminar.

Phone calls didn't work. So the vendor simply started sending invoices with the repair labor priced a little higher to included the sales tax, which was no longer shown on the invoice. He absorbed the tax. Texas got their sales tax revenue. The AP department paid the bills. The vendor was happy.

The problem with absorption is that, in most states, it is illegal. The reason, aside from some high-fallutin' legal theories about where the burden of tax is imposed, is simply to let the customer, and the auditor, know that taxes have been paid. The invoice is a receipt for the taxes. So if the vendor absorbs the tax, the buyer doesn't know if the taxes were paid and, if the buyer doesn't call the vendor and ask, will pay the taxes a second time. Which the state is kind of counting on.

Of course, the state has no problem with getting their money twice. ;-)

So, for two reasons, you should call your in-state vendors if you feel you need to accrue the tax: 1. To make sure your purchase really is taxable.
2. To make sure they haven't absorbed the tax and already paid it to the state.

Of course, you may find out the vendor screwed up and didn't charge you tax. Try to get them to re-bill you properly. This will protect against complications down the road when they get audited.

*You should also follow this procedure for out of state vendors who you KNOW have nexus in your state, and are BIG. There's no reason that they shouldn't be charging you tax either. The question comes up once in a while about GIGANTIC vendors and why they aren't charging you tax. If they're that GIGANTIC, they should know the rules, and they are almost certain to have nexus.

I've written up an Illustration and Parable about this. 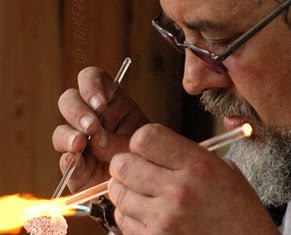 This is the start of a new series of posts about audit interpretations. In particular, I'm going to try to include situations that don't appear in the law (or require a clarification the taxpayer won't like). I'll also try to report on flat out abuses where the taxpayer, if they had challenged the auditor, would probably not have been robbed.

The first item comes from Michigan this week.

Two people on two different days, when we talked about safety equipment, told me this one. They said they had been assessed on the safety equipment worn by the office personnel when they went back into the manufacturing area. The goggles, etc. worn by the plant workers weren't a problem.

It looks like the auditor was right. Michigan law says that stuff that is used for administrative uses isn't exempt. Obviously the AP specialist isn't going in back to work a lathe, they're getting paperwork taken care of. In other words, administrative use. 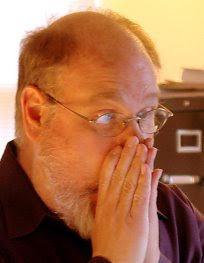 This may come as a surprise to some of you, but there are manufacturers out there who didn’t know that they have really cool exemptions.

In most (but definitely not all) states, if you’re a manufacturer, you can invest in machinery, get it repaired, and buy consumables tax free, or at a lower rate. And even in states that aren’t very generous to manufacturers, there still may be some exemptions available.

And it’s not just manufacturers. Here are some other industries where I’ve seen exemptions that other folks at the chamber of commerce mixer don’t get:

So check your state’s laws to see if there might not be some exemptions for your business.